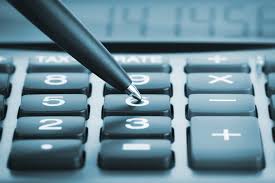 A decision has recently been handed down by the Administrative Appeals tribunal (AAT) regarding the claiming of tax credits where a property manager was acting on behalf of a property owner.
The agent in the case had been claiming GST credits on expenses they had paid on behalf of the property owner that were related to the maintenance and care of the owner’s property.

By way of example – the manager of a resort hires a contactor to make repairs to a unit of $1100.00 inclusive $100 GST. This $100 is not allowed to be claimed by the manager of the resort on their BAS. This is to be put into trust accounting software as a GST free purchase. Correspondingly, any reimbursement made to the manager by the owner of the unit must be treated as GST free sale.
By treating this transaction as a GST free purchase in the trust accounting software, it will be then entered into the Managers MYOB/Xero program without GST, insuring that there is no GST being claimed when the BAS is being prepared!

If you would like to discuss your current treatment of reimbursable expenses please don’t hesitate to contact our office for assistance.