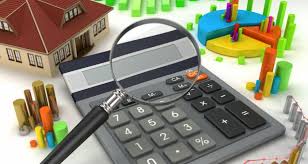 Here is a brief roundup of what the proposal are.

You can see by the dates to take effect only the lifetime cap on non-concessional contributions has an immediate impact.

If you are planning to make a non-concessional contribution to your super fund prior to 30 June 2016 and have made previous contributions of this nature please contact us to ensure you don’t breech this cap.

Regarding the other changes they will not take effect until 1 July 2017, so there is plenty of time to plan.

Remember, proposals are not set in stone and could change as legislation passes through parliament.

If you require assistance with this do not hesitate to contact myself or Susan Stainwald. 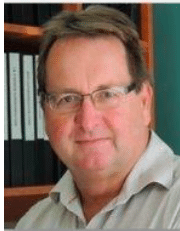 A lifetime $500,000 non-concessional contributions cap will be introduced from Budget night.

The current system of annual non-concessional contributions of up to $180,000 per year (or $540,000 every three years for individuals aged under 65), will be replaced with this new lifetime cap.

The lifetime cap is available up to age 74.

At present, individuals with combined income and superannuation contributions of more than $300,000 pay an additional  contributions tax of 15% on concessional contributions. From 1 July 2017, this income threshold will reduce to $250,000.

A new $1.6 million cap will apply to how much can be transferred into a retirement phase account. Earnings on amounts within the account will continue to be tax-free.  Transfers in excess of this $1.6 million cap (including earnings on these excess transferred amounts) will be taxed in a similar way to the tax treatment that applies to excess non-concessional contributions.

Where an individual accumulates amounts in excess of $1.6 million, they will be able to maintain this excess amount in an accumulation phase account (where earnings will be taxed at the concessional rate of 15%).

Members already in the retirement phase with balances above $1.6 million will be required to reduce their retirement balance to $1.6 million by 1 July 2017.  Excess balances for these members may be converted to superannuation accumulation phase accounts.

The amount of cap space remaining for a member seeking to make more than one transfer into a retirement phase account will be determined by apportionment.

With over 20 years in service, the trusted accountants at McAdam Siemon offer an extensive and diverse range of business advisory services, guidance on personal tax and financial planning matters, and fixed fees and bonus business strategy sessions with bookkeeping and tax services package.