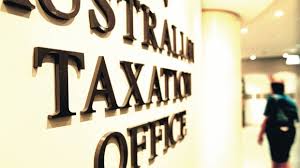 In 2014, a Sydney man had to pay a hefty penalty after the ATO discovered he was falsely claiming thousands of dollars on work related expenses.

If you push too hard with deductions the taxman will get you.

This guy worked as a salesperson and under the conditions of his employment he was able to work from home. He was advised by a Registered Tax Agent.

The dispute arose out of an audit of his tax affairs triggered by his 2010 tax return in which he declared a taxable income of $21,377, and claimed deductible items to the value of $97,162.

The ATO disallowed various tax deductions for the 2011 and 2012 financial years.

The tax office also imposed a penalty on the basis that he or his agent had “failed to take reasonable care or comply with tax law when claiming work related expenses”.

The sales person disputed this and took the matter to the Administrative Appeals Tribunal.

Here are examples of some of the expenses he tried to claim deductions for:

To read the full rulings click on the link below.

So, what are the deductions you can claim?

When completing your tax return, you’re entitled to claim deductions for some expenses, most of which are directly related to earning your income.

To claim a work-related deduction:

If the expense was for both work and private purposes, you can only claim a deduction for the work-related portion.

Follow the links below for specific deductions you can claim:

The staff at McAdam Siemon will get your deductions right because we have the checks and balances in place.